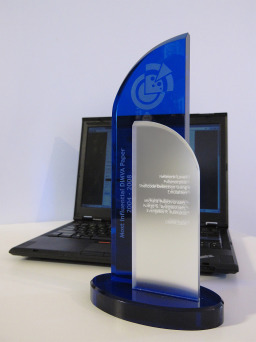 This year DIMVA inaugurated the Quinquennial Award for the Most Influential DIMVA Paper. The aim of the award is to single-out the most outstanding piece of research presented in the conference during this period, the one which influenced most the research area of DIMVA.

The 2004-2008 Most Influential DIMVA Paper Award was awarded to the paper:

We would like to congratulate the authors and wish them continued success in conducting top-quality research.